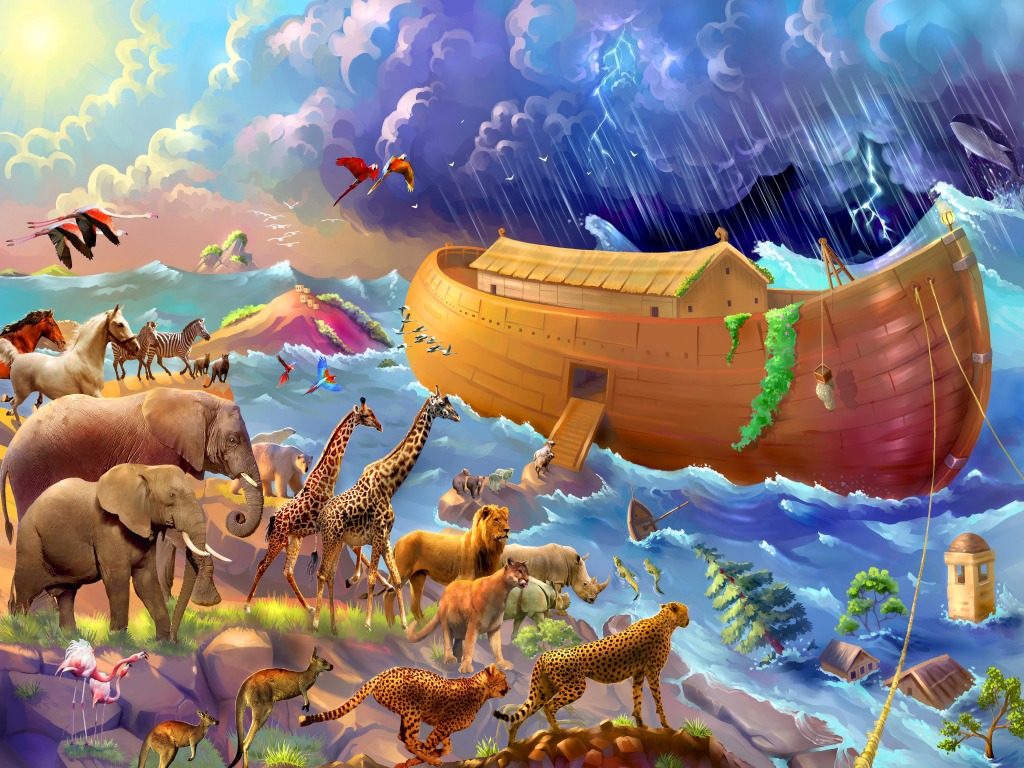 Depicting the biblical story of Noah’s flood, Britten’s opera begins as the
Voice of God addresses Noah, announcing the forthcoming destruction of the
sinful world. He commands Noah to build an Ark to provide salvation for him
and his family. Agreeing with God, he calls upon his family to gather the
necessary materials and begin work building the ark. While Noah and his family
are hard at work, Mrs. Noah and the town gossips mock his vision of God and
the work he was commissioned to do.

When the ark is completed, Noah tries to persuade his wife to board the ark,
which leads to an argument. Once again, Noah hears the Voice of God, foretelling
him of the impending forty days and forty nights of rain and the cataclysmic
flood to follow, and instructs him to fill the ark with animals of every kind. As
the animals arrive, two by two, Noah’s sons and their wives provide commentary
of the animal’s arrival. Again, Mrs. Noah and the Gossips continue to mock,
refusing to board the ark. Finally, Mrs. Noah is dragged aboard by her sons.

As the rain falls and the storm swells to a great height, the first verse of the
naval hymn “Eternal Father, Strong to Save” is heard from the ark. The audience
joins in the second and third verses of the hymn, during which the storm
gradually subsides. Once the storm subsides and the seas are calm, Noah sends
a raven out to locate dry land. When the raven does not return, Noah realizes
there is dry land nearby. Soon a dove appears with an olive branch clutched in
its beak, and the family accepts it as a sign of deliverance, and Noah thanks
God.

Soon the Voice of God instructs everyone to leave the ark, setting the
animals free. As they depart, the animals sing their Halleluias, as the people
respond in kind. God promises to never destroy the Earth again with flood
waters, and creates a rainbow in the sky as his reward & promise. Noah’s family
departs to their new lives, leaving Noah alone as God gives Noah his blessings
and protection.