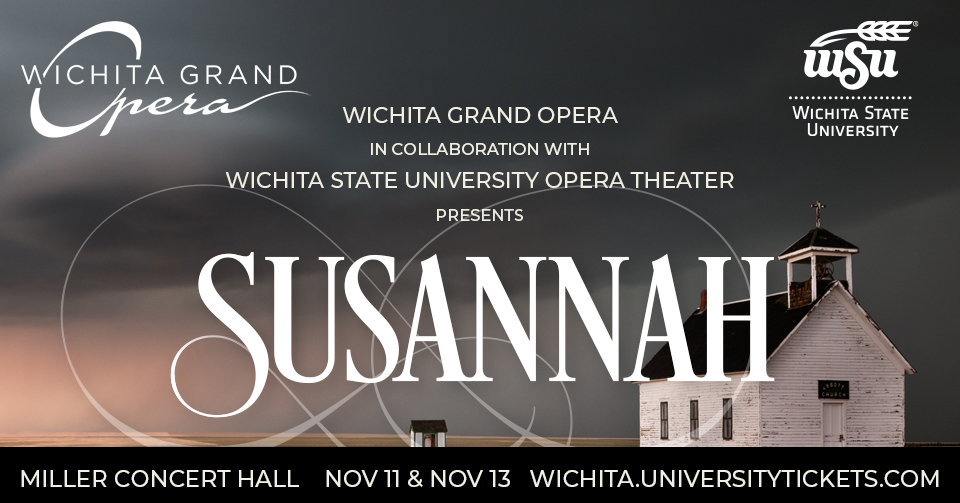 The story of Susannah and the Elders appears in the Deuterocanonical Book of Daniel. Young, pretty, and innocent, Susannah is a target for the vicious gossip of the women and the desires of the church elders. In 1955, the late American composer, Carlisle Floyd, embellished his version of the story into an opera set in rural New Hope Valley, Tennessee. Since its premiere, the opera has become part of the canon of American opera and is heard regularly on professional stages as well as in university opera programs. Following its premiere production at Florida State University, the opera was performed in Europe for the first time at the World’s Fair – Brussels Exhibition in 1958.

The Metropolitan Opera’s premiere production in 1999 cemented the popularity and prominence of the opera and presented the already stellar Kansas native, Samuel Ramey as the Reverend Olin Blitch.  Ramey’s recording of the opera earned a Grammy Award for Best Opera Recording of 1995.

The performance is also being presented in recognition of the milestone birthday of Ramey who turned 80 in March of this year. “Susannah” will be directed by former Wichita State University Opera Theatre Director, Marie Allyn King.  Soprano, Mary Feminear, will sing the title role of Susannah while the internationally renowned Bass-baritone and Wichita State Alum, Alan Held, will sing as Reverend Blitch.  Ramey (the most recorded bass in opera history) returns to the Wichita stage as Elder McLean.  The production, with the Wichita Grand Opera Orchestra and Wichita State University Opera Theatre Chorus, will be under the leadership of Whitney Reader.  Multiple roles will be taken by both Wichita residents and university students and alumni.