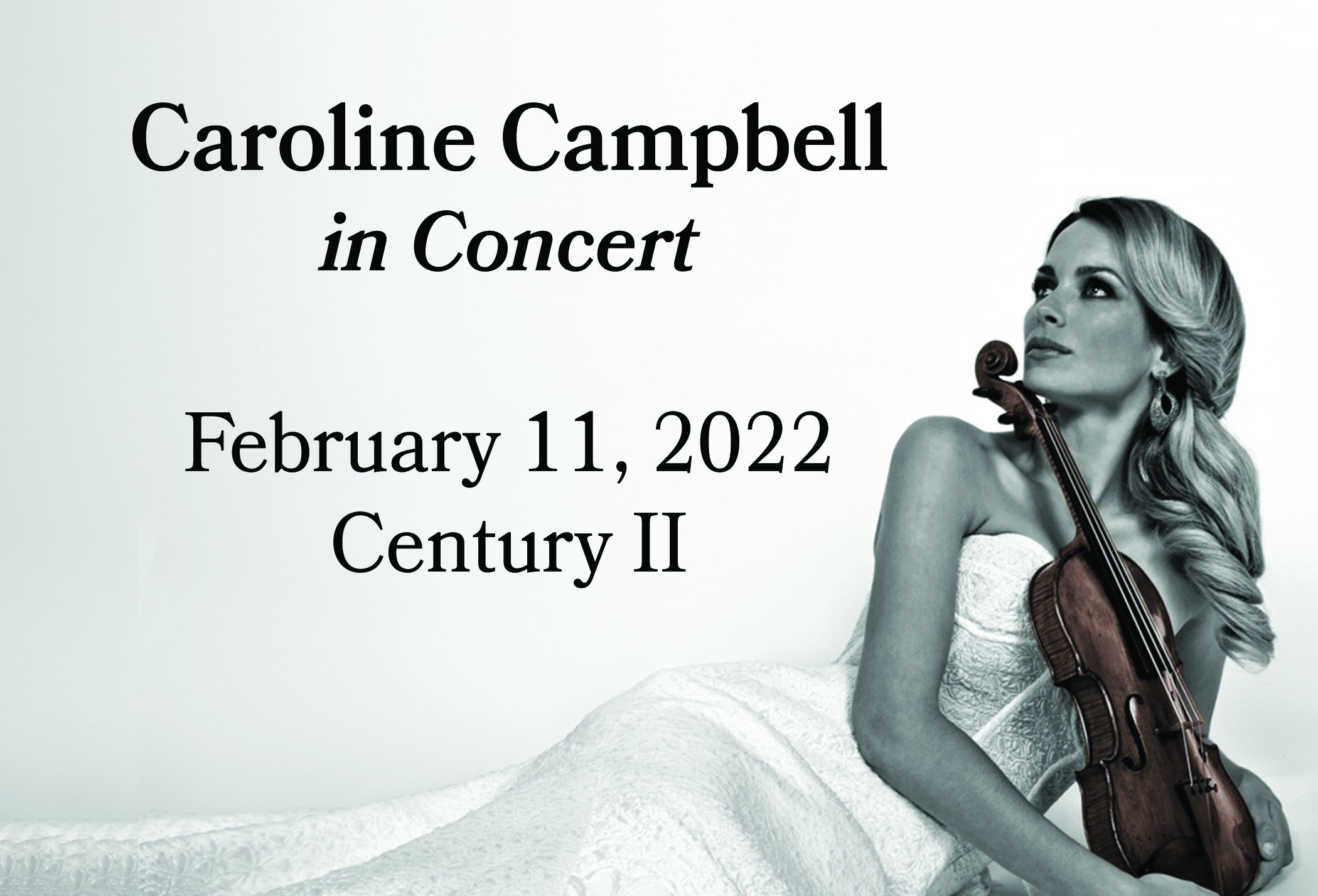 “ "She is a fair-haired angel with a bow, who, when on stage, has such grit and musicality as to leave you breathless. On the four chords of her violin, Caroline Campbell knows how to be an acrobat without a safety net, she knows how to seduce, to move people and make them dance. It is always a great joy to share the stage with such a brilliant and charismatic artist."” Andrea Bocelli

“Caroline is "an artist in her own right" and "pulled out all the stops and blew us away with her easy virtuosity - rapid scales and leaps, double-note passages, and harmonics so magical and in tune that they took your breath away," and that "Campbell’s total magnetism as a performer is simply astonishing."” reviewers

“Violinist to the Stars” Caroline Campbell is coming to Wichita for a one-night-only concert with the Wichita Grand Opera.  An apt title for the stellar violinist, making her debut in the ‘Ad Astra Per Aspera’ State!

Caroline has put together a special concert featuring popular favorites – titles such as the Godfather love theme (Godfather), My heart will go on (Titanic), Por una Cabeza with Tango dancers, and many other hits, not the least of which are several spectacular operatic fantasies on themes from WGO’s very first opera, Carmen (performed at Bradley Fair in 2003 and several times since), as well as Mozart’s last and perhaps most beloved opera, The Magic Flute.  Caroline will be joined onstage by singers from the Wichita Grand Opera, by ballroom and tango dancers, and by the WGO Orchestra under the baton of Maestro Whitney Reader.

The charming Caroline Campbell has appeared as a soloist with the Cleveland Orchestra, Los Angeles Philharmonic, Houston Symphony Orchestra, Indianapolis Symphony, and many other of the world’s finest orchestras in America and abroad.  She has performed in prestigious venues from Carnegie Hall to the Kennedy Center, and in exotic locations from Kuala Lumpur to the Sydney Opera House.  In high demand both in the classical and popular scene, she has been nicknamed “violinist to the stars” and was hand-picked to play duets with world-renowned artists including Sting, Andrea Bocelli, Chris Botti, Adam Levine, and Michael Buble.

Join Caroline Campbell and the Wichita Grand Opera on February 11th for a concert of virtuosity and excitement!